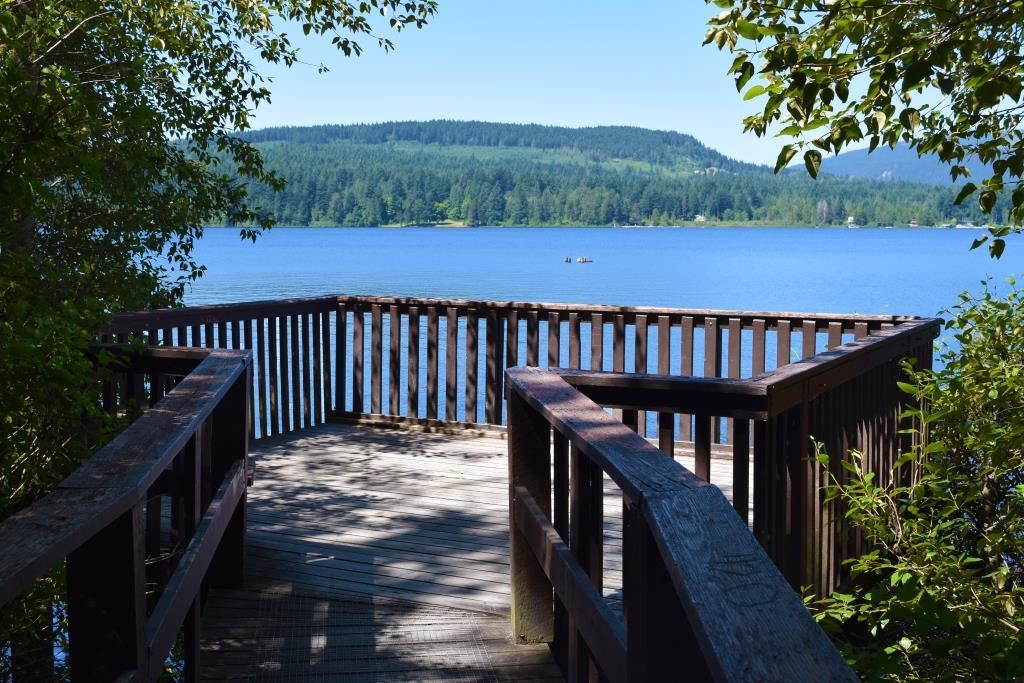 Old Mill Park is a waterfront park located on Shawnigan Lake. The Park has an extensive industrial history and is a popular recreation place for families and nature enthusiasts.

The park was the mill site of the Shawnigan Lake Lumber Company from 1881 to 1945. The first sawmill on Shawnigan Lake was constructed in 1891. It was the first of three mills that would operate on the lake. The first mill burnt down a week before Christmas in December of 1918 and was replaced by what became the largest of the three mills to operate this site.

The original ten to fifteen man show grew to an operation using about 150 men in the mill and 100 men in the woods. It could produce around 100,000 board feet annually. The fire, which destroyed the big mill, occurred on August 12, 1934. It smouldered for a year and a day in the large sawdust pile, and then on August 13, 1935, it blazed into activity again, fanned by a strong wind. The second fire took with it the Mill Store, the old mill cookhouse, and five dwellings. In September of 1936 a third mill was built on the site. It was much smaller and fire again took its toll in 1944. This time the mill was never rebuilt and the timber found other outlets.

In its peak, the site accommodated bunkhouses, a Chinatown, the company store and office, as well as a railway spur. The area also contained miles of logging railroad on the west side of the lake, a log dump where the West Shawnigan Lake Regional Park is now located, and a steam tug known as “The Lady of the Lake” to pull the booms of logs over to the mill.

(Retrieved from “Green Branches and Fallen Leaves -The Story of a Community, Shawnigan Lake 1887-1967") 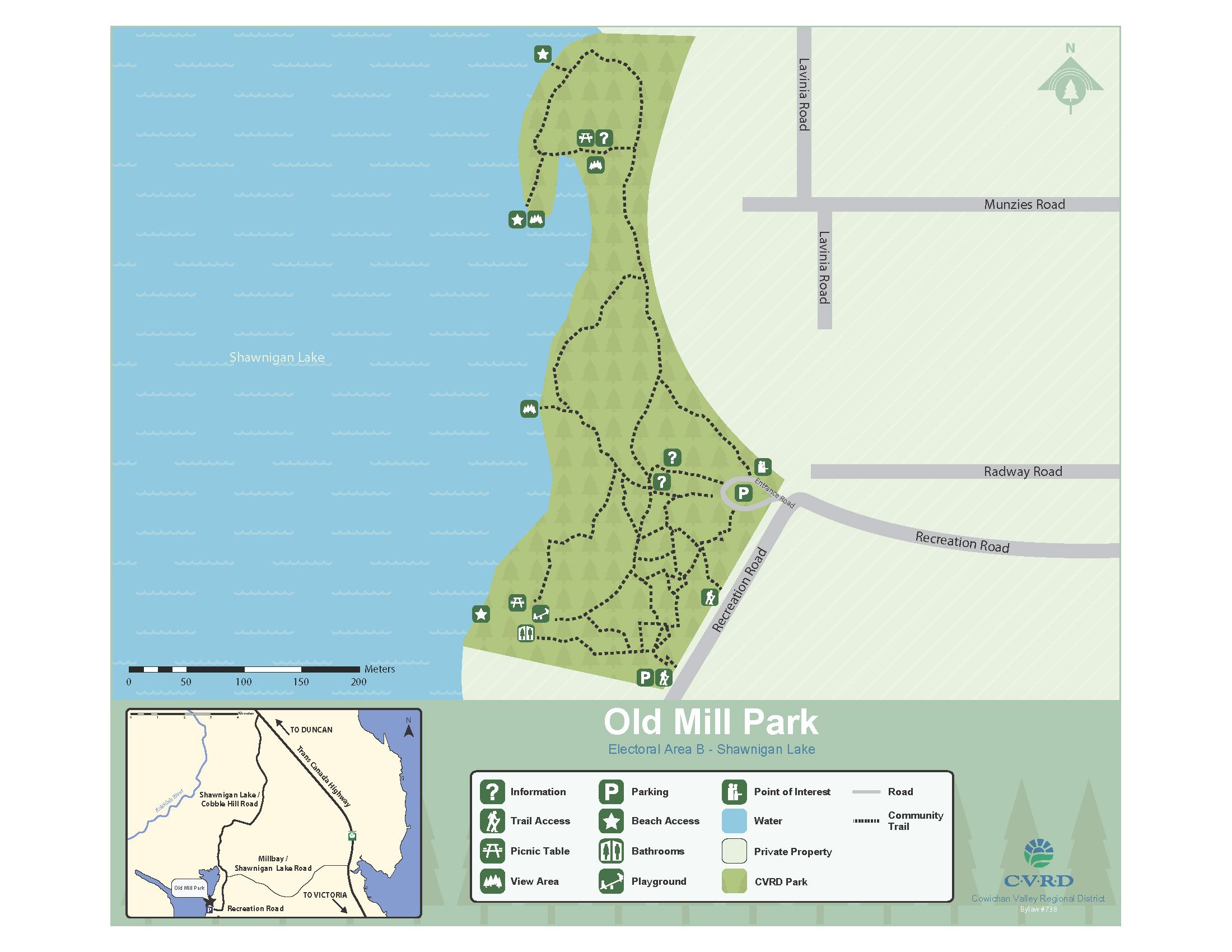