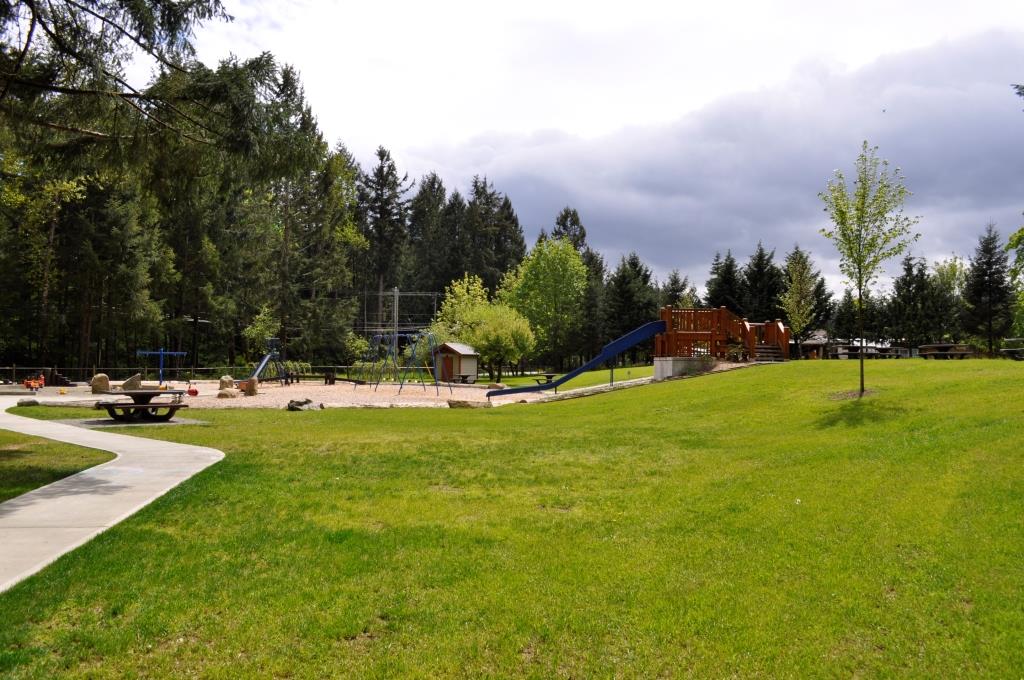 Currie Park is located in the community of Sahtlam on the corner of Cowichan Lake Road and Creighton Road across from the Sahtlam Fire Hall.  It is one of the most popular parks in the Region.

Daniel Currie arrived in Canada from Scotland in 1878, followed by his son John in 1884. Daniel lived on the property and farmed the land where the park is now located. Both Daniel and John Currie were active in the Sahtlam community and sat on the Sahtlam School Board and volunteered their time with the school for many years. When Daniel died in 1918 at the age of 78 his son John Currie took over the farm until his own passing in 1931 at the age of 57. As John Currie never married he left the property to his sister. Both father and son were buried on the property.

In 2012 the original property was subdivided and a portion acquired by the CVRD which is now Currie Park.