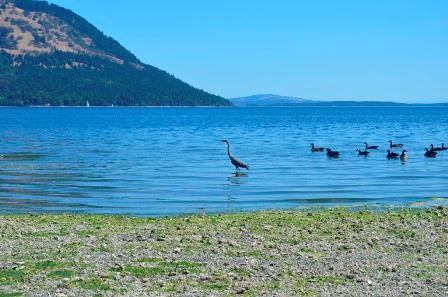 Manley Creek Park is located near Cherry Point Beach in Cobble Hill. Trails through this park lead to the beach with numerous bridge crossings over Manley Creek. Within the park are several picnic areas and stunning ocean views. Granfield Way, in Cobble Hill, is a trail connecting Aros Road to Manley Creek Park. Please be respectful of the private property on both sides of the trail.

3771 Ratcliffe Road, Cobble Hill. East off the Trans-Canada Highway onto Hutchinson Road then left onto Ratcliffe Road. Through Manley Creek Park you can access Granfield Way which is a half kilometre trail that connects to Aros Road.

William Manley Sr. migrated to British Columbia (then called New Caledonia) in the 1860s. Born an Irishman, he moved to many places including England, Australia and California, before settling in the Cowichan Valley. Like most immigrants, he searched around for some farmland when he arrived and settled in 1863 on two hundred acres of waterfront land near Harrisville (what is now Cowichan Bay). He named the farm “Springvale”. William Manley is known to be the first farmer in the area to practice “practical agriculture”. 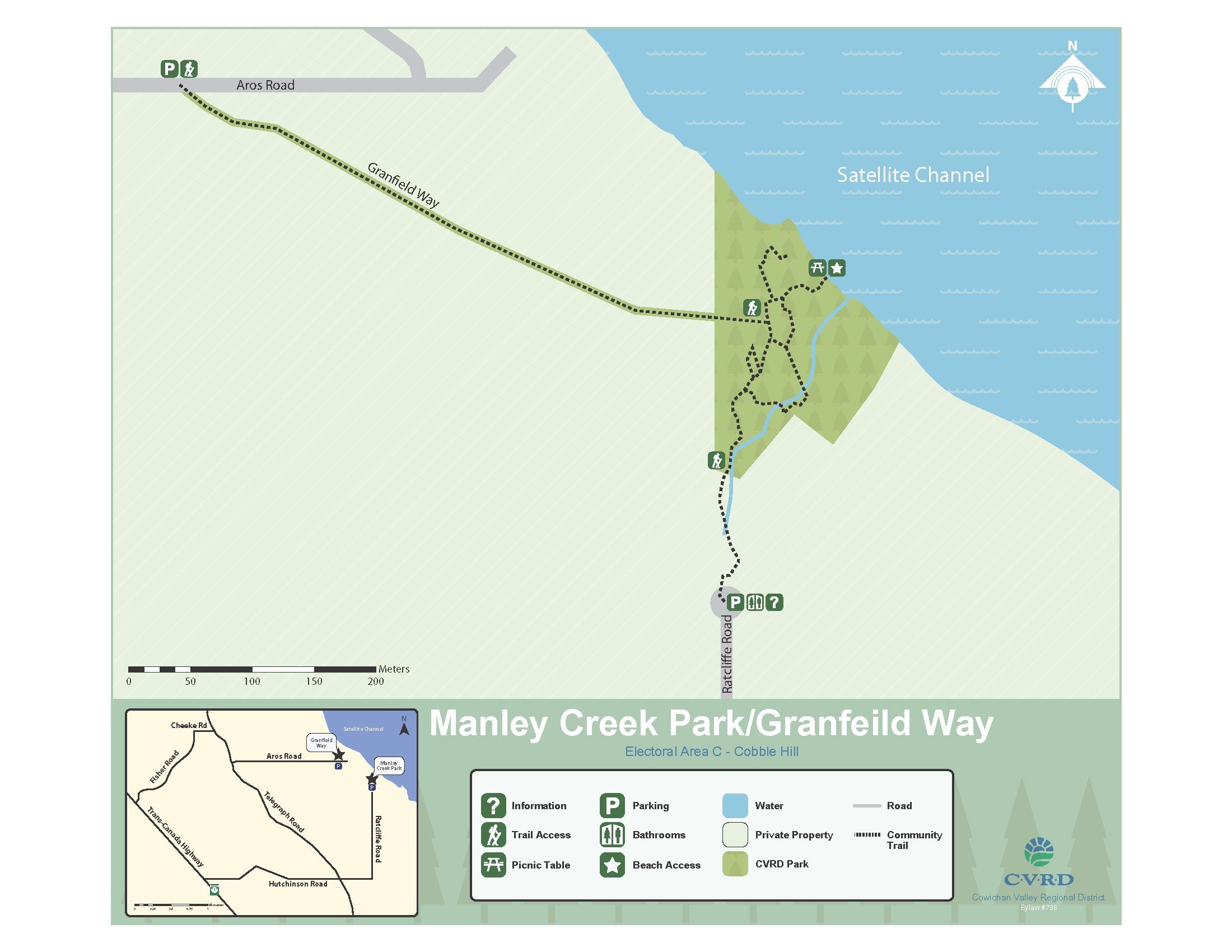