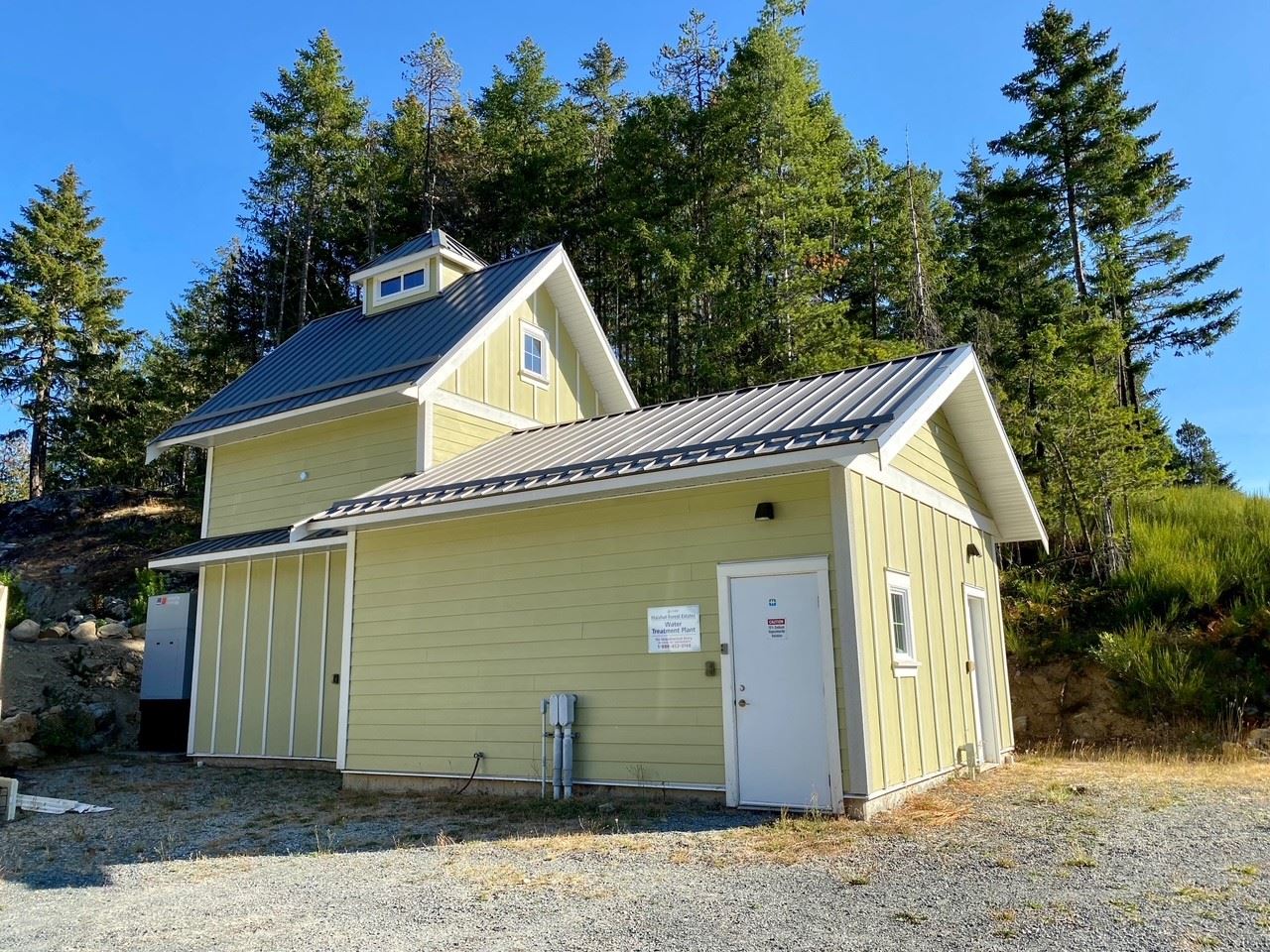 The Malahat Water system services the residential development (formerly called Elkington Forest) located at the south end of Area B Shawnigan Lake on Trailhead Circle. There will be 19 customers located in the service area for Phase 1 of this development with eventual build out of 97 lots.

Water is supplied from one groundwater well, filtered, UV disinfected and then chlorinated at the treatment building before being pumped to a 20,000 litre plastic above-grade reservoir. The water is pumped on demand from the reservoir to the distribution system and to each water service.

Due to the small size of the potable reservoir constructed by the developer, fire protection is not provided by the CVRD, but will be maintained by the strata and is supplied by a large storage pond and fire pump.

Critical equipment is monitored 24 hours a day for malfunctions, such as high or low chlorine levels or pump failures; if such an abnormality occurs, an alarm is immediately sent to the on-duty pager to alert CVRD staff for quick response.

Malahat water system is sampled, at a minimum, once a week. The following table shows the sampling frequency and parameters tested for the water system:

Malahat water is a fully metered water system and each connection has a water meter that records water consumption. Water meters are read every six months and customers are charged according to their consumption and based on the rates set out in the inclined block rate table (see below for details). Current year budget information can be found here.

User Charges may be adjusted where an undetected leak on the consumer's property has resulted in water usage greatly exceeding typical usage of water, according to the applicable classification(s) and there is no indication that water was knowingly allowed to run to waste. A request for a leak adjustment may be granted if all the following conditions are met or in extraordinary circumstances approval of the Corporate Financial Officer or the Manager.

1. The property owner has not been granted a leak adjustment in the last 5 years.

2. The leak was repaired within 30 days of billing or discovery of the leak.

3.  Written verification describing the nature of the leakage and the action taken to rectify the problem must be received by the Manager before a leak adjustment will be granted.

Where a leak adjustment is approved, User Charge adjustments will be determined as follows:

1. If the leak is found in the service line, volumes from the 2 previous years, of the same billing cycle, will be averaged and charged. ie. Average of 2 previous summers, if leak occurs in the summer.

2. If the leak is associated with an in-home plumbing fixture or irrigation system, volumes from the 2 previous years, of the same billing cycle will be averaged plus 50% of the incremental water usage (between the average and the overage) will be charged to a maximum added value of $500.

3. Subsequent leaks occurring with the 5 years of the previous leak adjustment request will be eligible for a cap of $1,500.